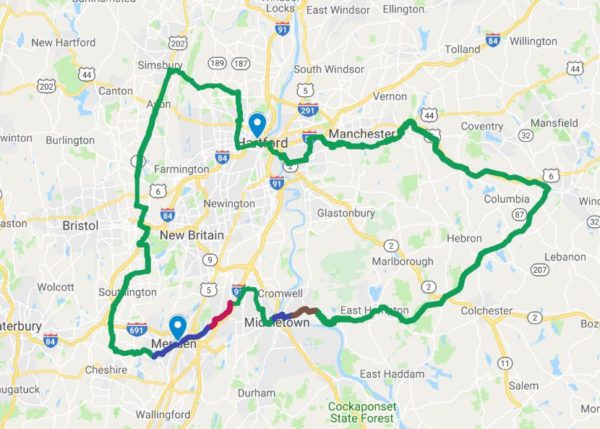 On Wednesday, February 13, 2019, the Transportation Committee of the CT General Assembly held a hearing on a large number of proposed bills, including Proposed S.B. 775, establishing the Central Connecticut Loop  Trail.  Senator Norm Needleman of Portland and Senator Mary Abrams of Meriden and Cheshire were co-introducers of the bill. The legislation passed in the 2019 session, but no funding was included to pay for the route study needed to advance the project.  We are very appreciative of Senator Matt Lesser of Middletown, Rocky Hill, and Wethersfield who took the initiative on this project.