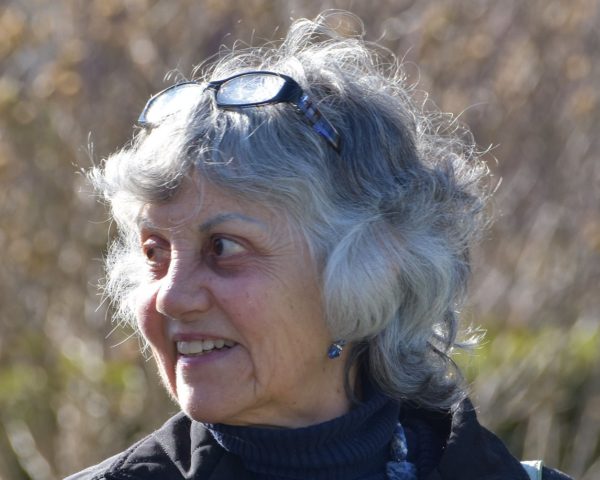 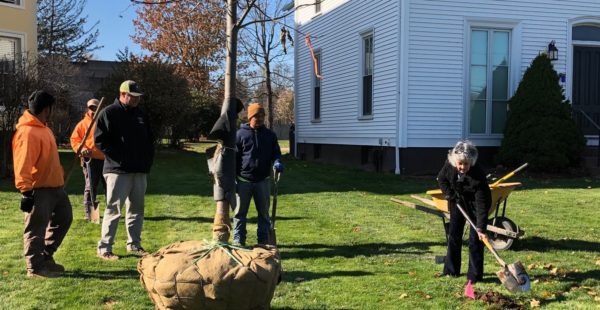 The linden planted on November 15 near the corner of High St. and Wyllys Avenue honors Krishna Winston’s fifty years at Wesleyan as a professor of German Studies, an administrator, and, for the last ten years, also a professor in the College of the Environment. The Jonah Center celebrates this tree planted adjacent to a public street because Krishna has been an environmental leader in our wider community for many years. She has served on the Jonah Center’s Board of Directors since 2012 and as its president since 2014. Wesleyan’s replacement of lost trees along High Street, once renowned for its thick elm tree canopy, supports the Jonah Center’s Replace Our Trees campaign in Middletown.

The sponsors of the planting, the German Studies Department and the College of the Environment, chose the linden, sometimes referred to in English as a plane tree, because of its significance in German culture. When planted in the center of a village, a linden would serve as the focus of a community’s social life. The ancient Germans often conducted trials in the shade of these long-lived trees, considered sacred to the Norse goddess Freya. In German medieval poetry the linden often appears in association with love, perhaps because of its heart-shaped leaves. Other associations with the linden include fertility, friendship, loyalty, healing, and peace.

The linden’s fragrant blossoms make a delicious tea, which strengthens the immune system, combats inflammation, and can provide relief from colds and the flu. Krishna’s linden joins several others on the Wesleyan campus. Its location was chosen because of its proximity to Fisk Hall, home to German Studies, and the College of the Environment, both on the east side of High Street.