Governor Lamont has announced that improvements to Middletown’s Butternut Street and Park will be funded in the amount of $580,000 through the CT DOT Community Connectivity grants program. Phases 1 and 2 of the project include a sidewalk from West Street to the park and completion of a paved walking trail around Butternut Pond for park users. Phase 3 of the plan (which may not be fully funded by this grant) calls for a realignment of Thomas Street to allow for a larger parking lot, needed because the recently improved park attracts many users. 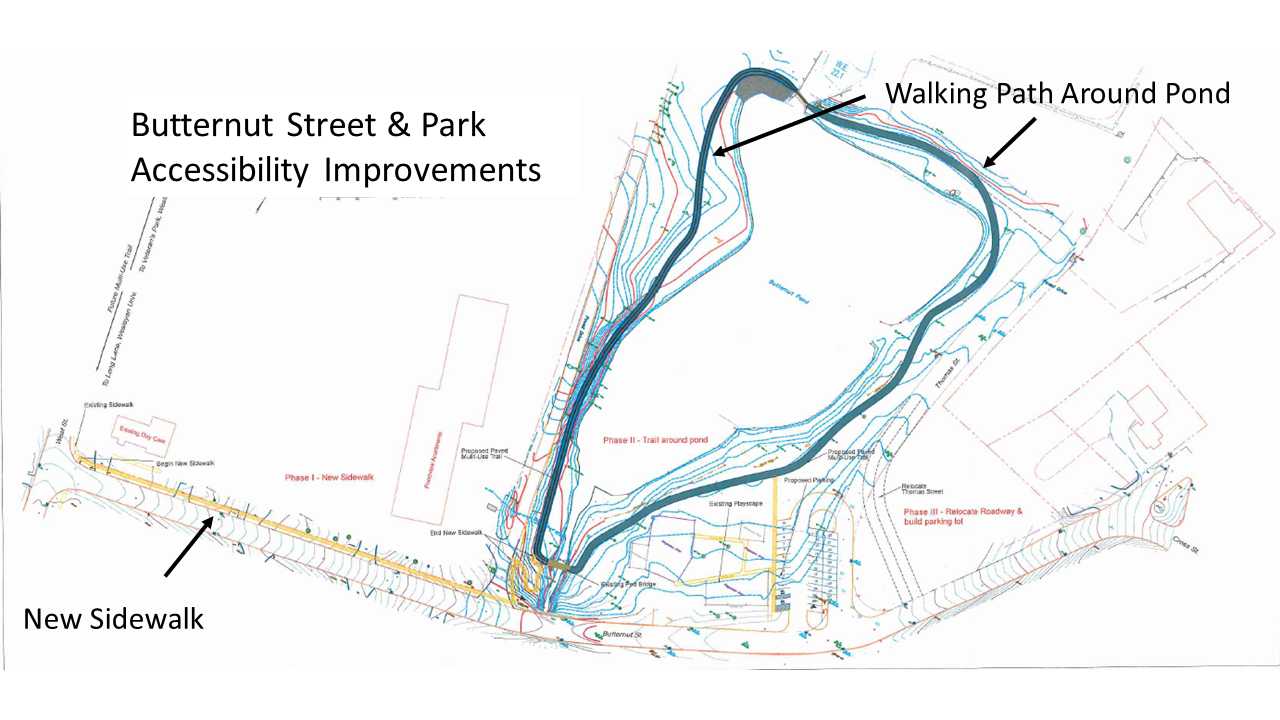 Middletown’s Complete Streets Committee and the Jonah Center began advocating for this project several years ago, since Butternut Street has no sidewalk even though the park is heavily used. Butternut Street links the Wesleyan campus and West Street. This is a priority area in the city’s Complete Streets Master Plan. The Governor’s Press Release on this and other projects can be found here.