The Complete Streets Committee pushed to include a westbound bike lane in the one-way section, since Spring Street is included in the Air Line Trail – Farmington Canal Connector Route and is important for bicyclists riding from Portland into Middletown. The City decided to include bike lanes in both eastbound and westbound directions, which will reduce illegal parking that narrows the travel lane. In a WTNH News 8 interview, the Mayor supported the development of off-street parking in the area to address the need for resident parking.

Here’s some background. A few years ago, Middletown’s Complete Streets Committee began to focus on the safety of the Spring Street and Pearl Street intersection at Macdonough School. We conducted a traffic count on a school day in September 2013, revealing that 1644 motor vehicles, 229 adult pedestrians, 216 child pedestrians, 26 bicyclists, and 26 individuals in wheelchairs and strollers passed the school within two time periods – 7-9 a.m. and 3-5 p.m.

With these findings, the Complete Streets Committee concluded that Spring Street by Macdonough School was a high priority area for pedestrians and cyclists. Various small improvements were made over the years, such as higher visibility crosswalk markings in the area and the lane divider on Pearl Street where the street rises to cross the railroad tracks and where on-coming traffic is impossible to see.

The proposal to make Spring Street one-way came out of discussions related to Route 9 traffic signals and Main Street congestion that results in cut-through traffic. Cars coming over the Arrigoni Bridge from Portland often turned right on Spring St. to avoid Main Street, which until recently was working very inefficiently and caused delays.

In 2019, CT DOT started making improvements to Main Street to reduce congestion and improve safety for pedestrians. Crosswalks were shortened by installing “pedestrian bump-outs” allowing shorter crossing signal intervals. Changes to St. John’s Square improved traffic flow onto and off of Route 9. These changes, by themselves, improved the function of Main Street only slightly, though the pedestrian bump-outs enhanced the walkability of downtown and improved pedestrian visibility. 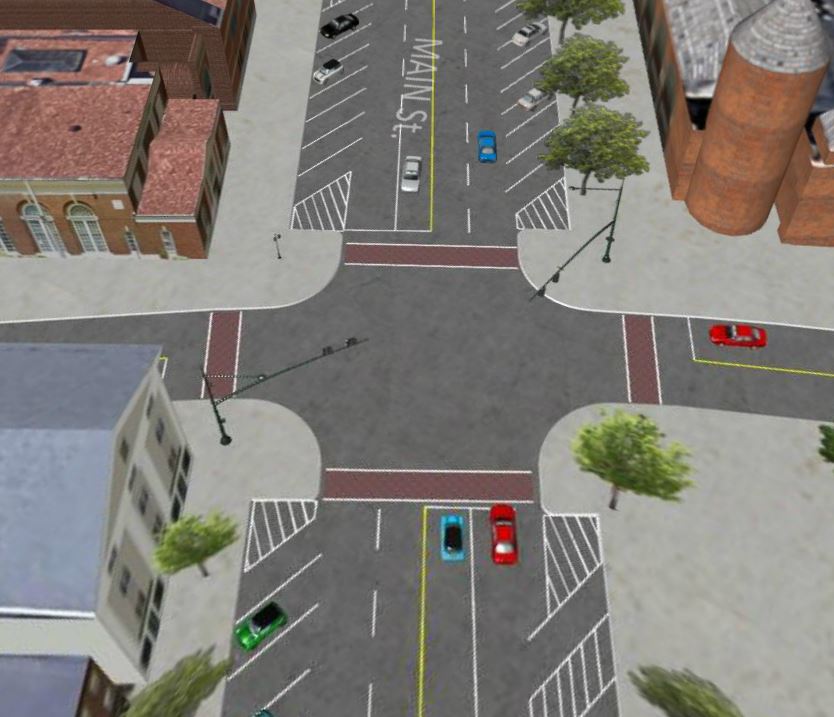 The  real improvement to Main Street came when the new traffic signals were installed. The improved signalization allowed traffic to enter Main from Rapallo and Grand only when waiting cars were detected by sensors. This cut way down on dead time, when cars and pedestrians sit and wait while nothing is happening.  Many observers agree that the new signals have made a huge improvement to Main Street between St. John’s Square and Washington Street, enough to remove the advantage to drivers of using Spring Street to avoid Main Street. The Complete Streets Committee also successfully lobbied CT DOT to include curb cuts or ramps for bicyclists entering and exiting the Arrigoni Bridge sidewalks (see below). 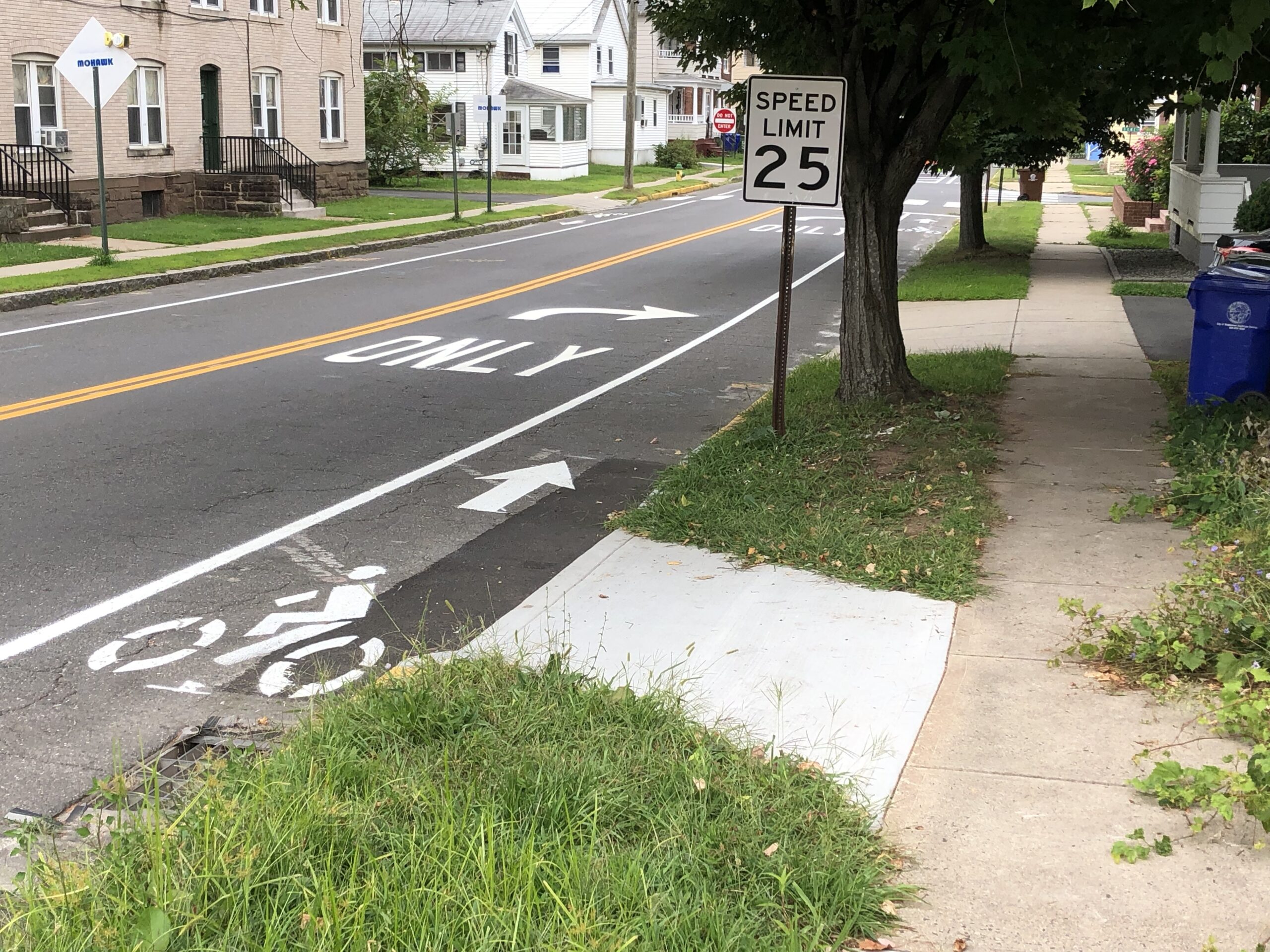 While these improvements to Main Street were being implemented, the Complete Streets Committee proposed, with support from Mayor Florsheim and Middletown’s Departments of Planning and Public Works, to make Spring Street one-way eastbound between High and Rome. The reasoning here was to allow vehicles coming off the Arrigoni Bridge to turn right onto Spring, but these vehicles would not be able to continue straight on Spring past Macdonough School. In this way, cut-through traffic is discouraged, but cars and trucks headed for the industrial zone along North Main are still able to reach their destinations without going through the downtown area.