As part of the City’s Riverfront Revitalization efforts, excavation work has begun on the Boathouse property and Columbus Point along Harbor Drive.  This work includes remediation of contamination, regrading of Columbus point, bank stabilization along the river, and creating better access to the riverfront for rowers and the community.  The project is being funded through a State of Connecticut Urban Action Program Grant provided by the Connecticut Department of Economic and Community Development. 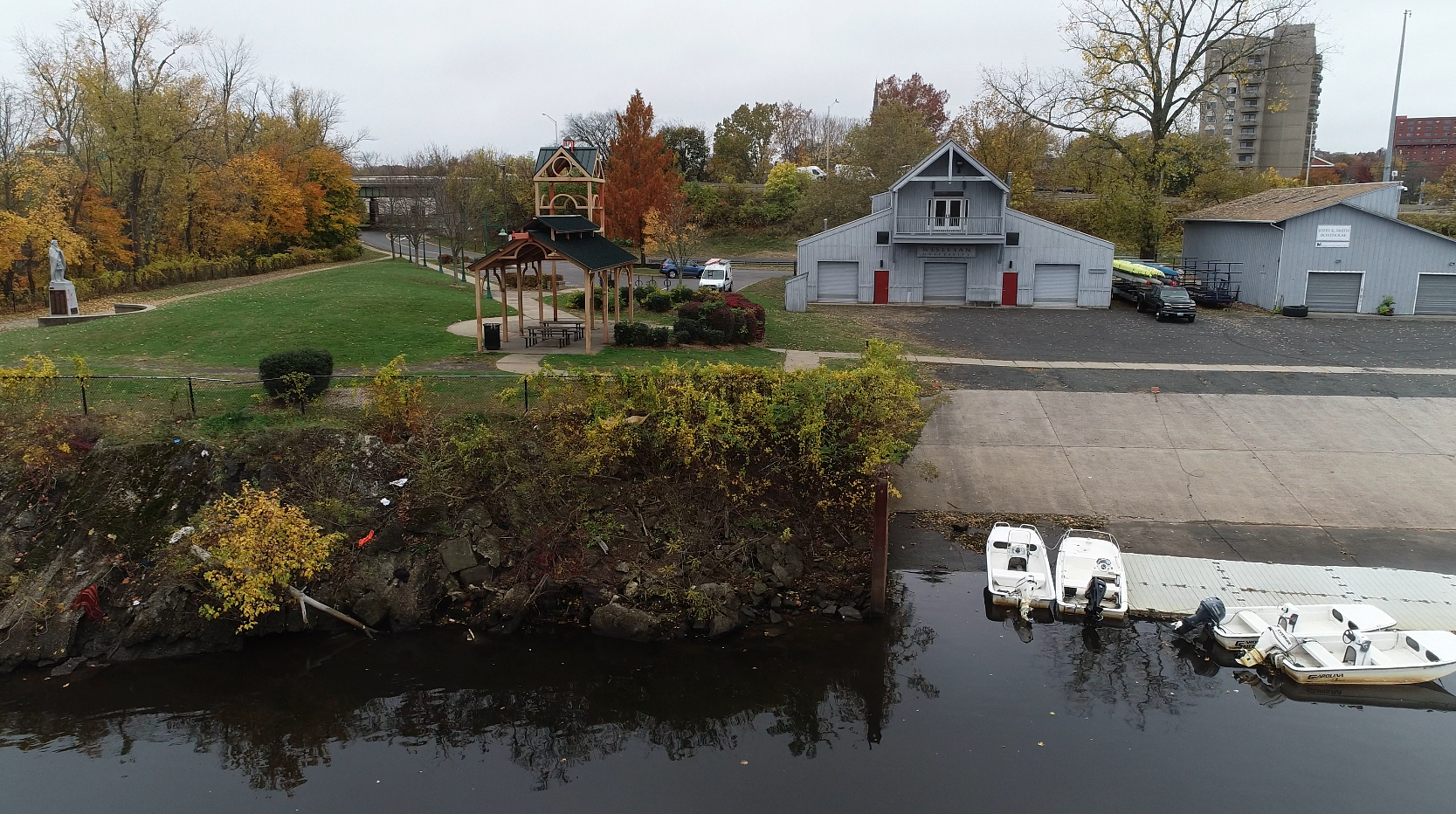 The City has retained Tighe & Bond, Inc. a local engineering firm to provide design and oversight services for the project. Amy Vaillancourt a Licensed Environmental Professional and the Senior Project Manager provided me with some history and project details. 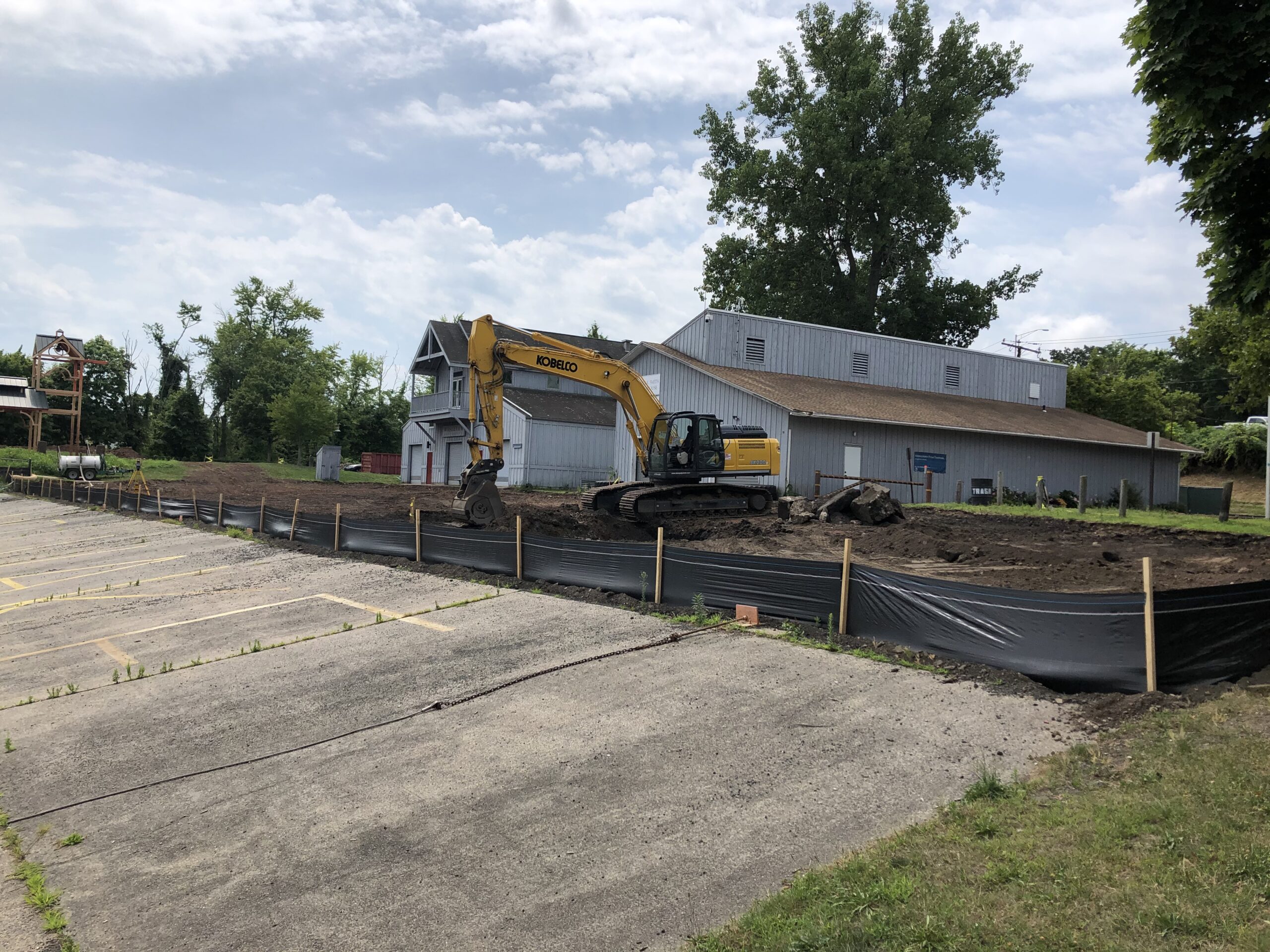 Excavation and remediation underway in front of the boathouses.

Some History On The Area

Prior to the late 1800s the area east of deKoven Drive consisted primarily of wetland areas and surface water associated with the Connecticut River. This area was filled over time to make more “usable land” as was done in most cities along the river, but the fill material was not “clean fill” as we understand it today. From the late 1800s until the 1920s, the properties were used for coal storage, flour and feed mills, and as shipping/loading docks. Harbor Drive at that time was known as Water Street. 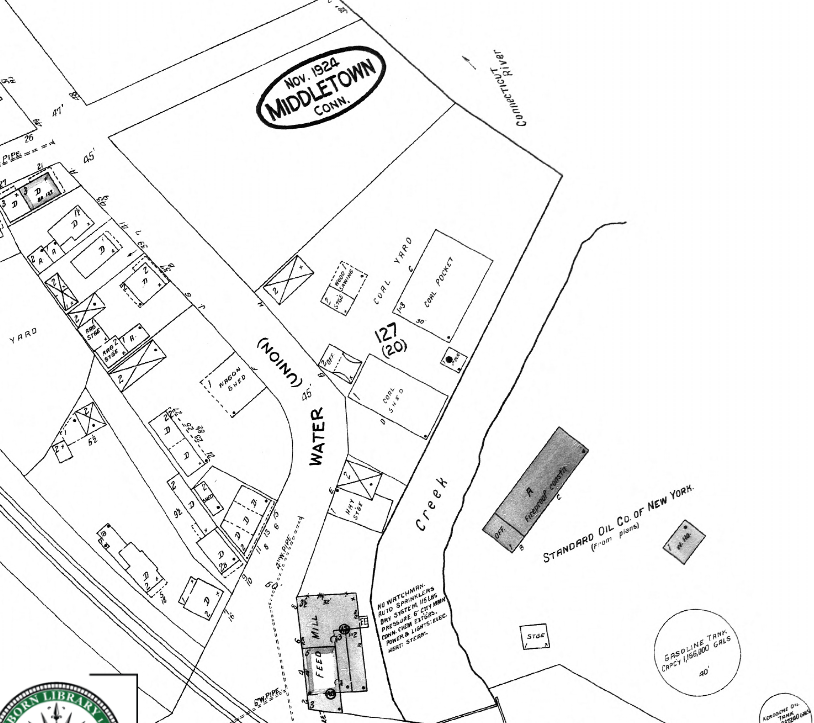 Schematic of Columbus Point parcel and uses in 1924.

By the 1950s uses changed at the properties to include a gas station and concrete plant on the Columbus Point property. Prior to 1970, the city purchased the parcel adjacent to the north in order to build the Middletown High School Boathouse (see aerial photo below). The concrete plant on Columbus Point remained in operation until approximately 1990. 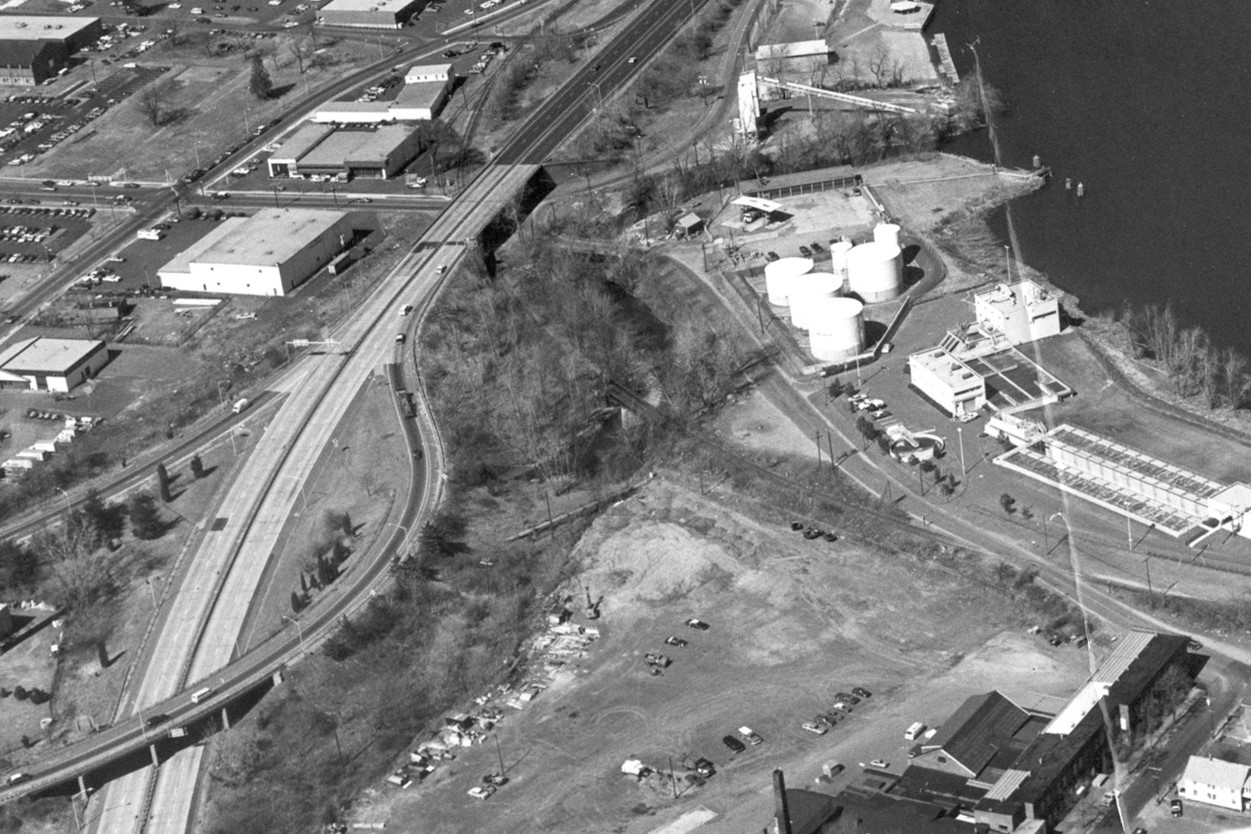 Aerial photo ca. 1970 when boathouses were being constructed.

In 1992 the City purchased the Columbus Point Property and Wesleyan constructed their boathouse. In 2013 the Middletown Riverfront Redevelopment Commission was created, and a two-year study and planning effort spearheaded by the firm Project for Public Spaces culminated in the Commission adopting a Concept Redevelopment Plan for Middletown’s riverfront.

In 2015 the City was awarded the $2.6M Urban Act Grant from DECD to conduct planning, environmental site assessments, and remediation of the boathouse property and Columbus Point. In 2016 the Middletown Boathouse Building Committee was formed to guide planning and design efforts for the project. Working with the Committee, Tighe & Bond prepared several redevelopment concepts for the properties that would include construction of a new boathouse and creating better access to the water with grading and bank stabilization at Columbus Point. 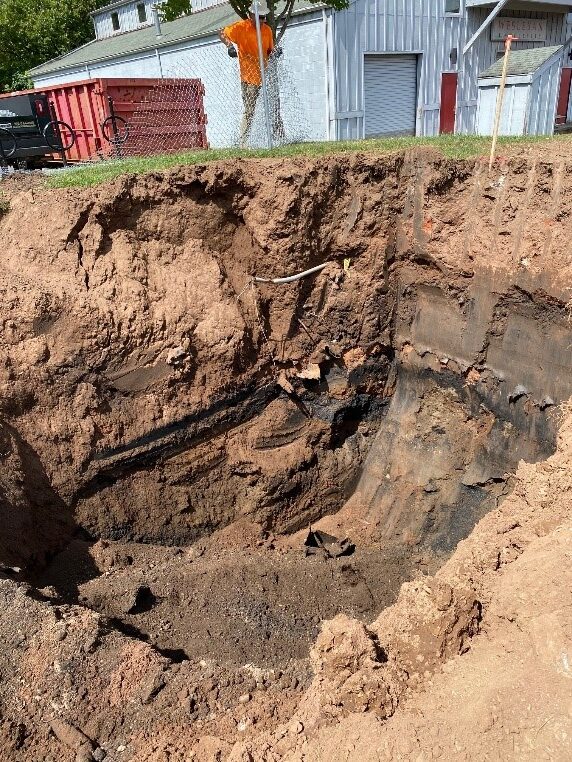 From 2017 to  2019 Environmental Site Assessments were completed, and a Remedial Action Plan was developed that includes excavation and off-site disposal of approximately 1,800 tons of fill material containing primarily petroleum constituents, lead, and arsenic to depths of 15 feet below grade. The remediation and site work started in July and should be completed this October. 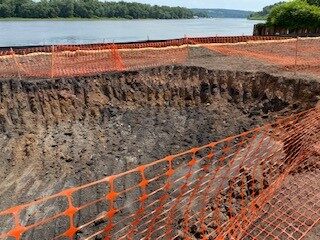 Just as ground was breaking on this project, the City of Middletown was notified they were awarded a $300,000 EPA Brownfields Grant to further their planning and environmental site assessment efforts for the riverfront.  This application was submitted to EPA in 2019 by Joseph Samolis, Director of Planning, Conservation, and Development.  The EPA grant is targeted for properties such as the former Peterson Oil Property, repurposing the newly decommissioned Wastewater Treatment Plan on River Road, and others.

In the meantime, the Department of Planning, Conservation and Development is in the process of hiring a consulting firm to create a Riverfront Redevelopment Master Plan.

A vision for the riverfront prepared by Project For Public Spaces.

Past visions of a redeveloped riverfront in Middletown have included a multi-use trail along the river from the Harbor Park access tunnel near Melilli Plaza all the way to the intersection of River Road and Silver Street. The Jonah Center has been a vocal advocate for such a trail as an early organizing element of a renewed, vibrant riverfront for Middletown.

As another bit of news related to the waterfront, Middletown’s Public Works & Facilities Commission recently voted to replace the boardwalk and railings in Harbor Park (north of where the soil remediation project is underway) to make this popular and already heavily used area safer and more appealing. Milone and MacBroom engineering consultants designed this project and it will go out to bid shortly, according to Public Works Director Bill Russo.