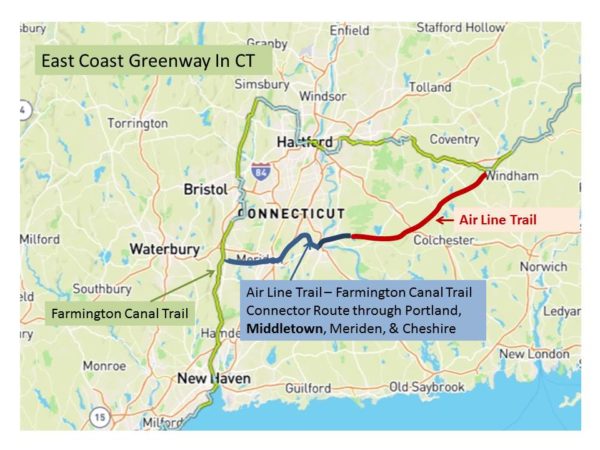 The Jonah Center’s most far-reaching project is to plan and build a mostly off-road bike route from the Air Line Trail in Portland to the Farmington Canal Heritage Trail in Cheshire. In partnership with the “RiverCOG” (our local Council of Governments, a  planning agency), we gathered officials from Portland, Middletown, Meriden, and Cheshire in April 2016  to share this vision. All municipalities showed enthusiastic support, at least in principle. 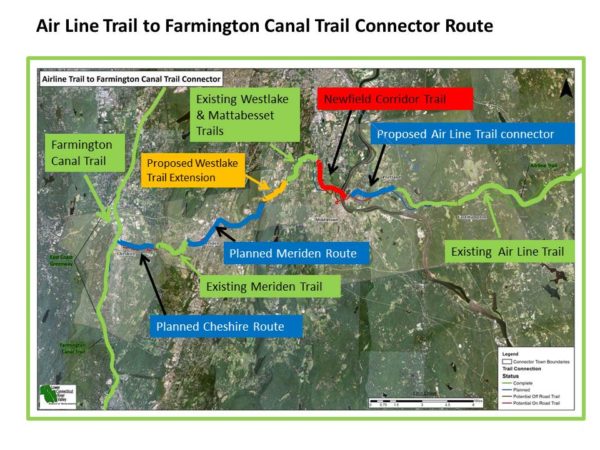 An Air Line Trail – Farmington Canal Trail Connector Route would provide many benefits to the towns involved and to the state as a whole.

The Jonah Center will continue to partner with the RiverCOG, local officials, state legislators, and state-wide bike-ped advocacy organizations to make this vision become a reality. The next 2 steps forward are likely to be completion of the Newfield Corridor Trail in Middletown and the extension of the Air Line Trail (westward from its current terminus) in Portland.