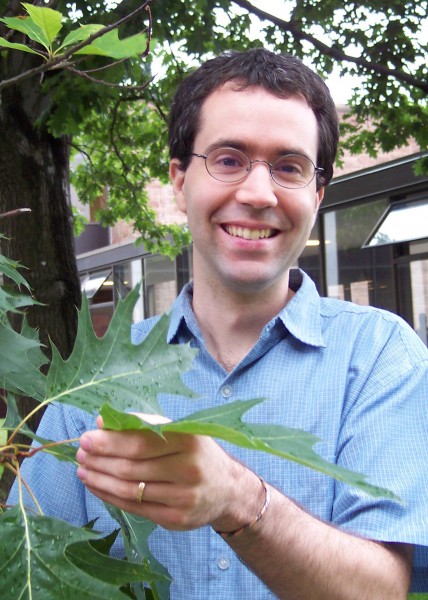 A Presentation by Dana Royer
Professor of Earth and Environmental Science, Wesleyan University

You may know something about the human history of Middletown, but what about our region’s geologic history? Our city and its surrounding towns have a very interesting tale to tell, one that spans several hundred million years. Professor Dana Royer will tell us about one waypoint along this journey: 200 million years ago.

At this time, the supercontinent Pangea was breaking apart right here in the Connecticut River valley, bringing fresh lava to the surface. With this lava came many gases, including greenhouse gases like carbon dioxide, which caused severe global climate change and one of Earth’s largest mass extinctions. This led to the 135 million-year-long domination by dinosaurs (whose footprints are preserved throughout the valley). This lava cooled to form basalt rock, whose remnants we still see and enjoy in the trap rock ridges of Mt. Higby. The sediments that weathered from the basalt 200 million years ago turned into our beloved brownstone, for which Portland and its quarries became famous.