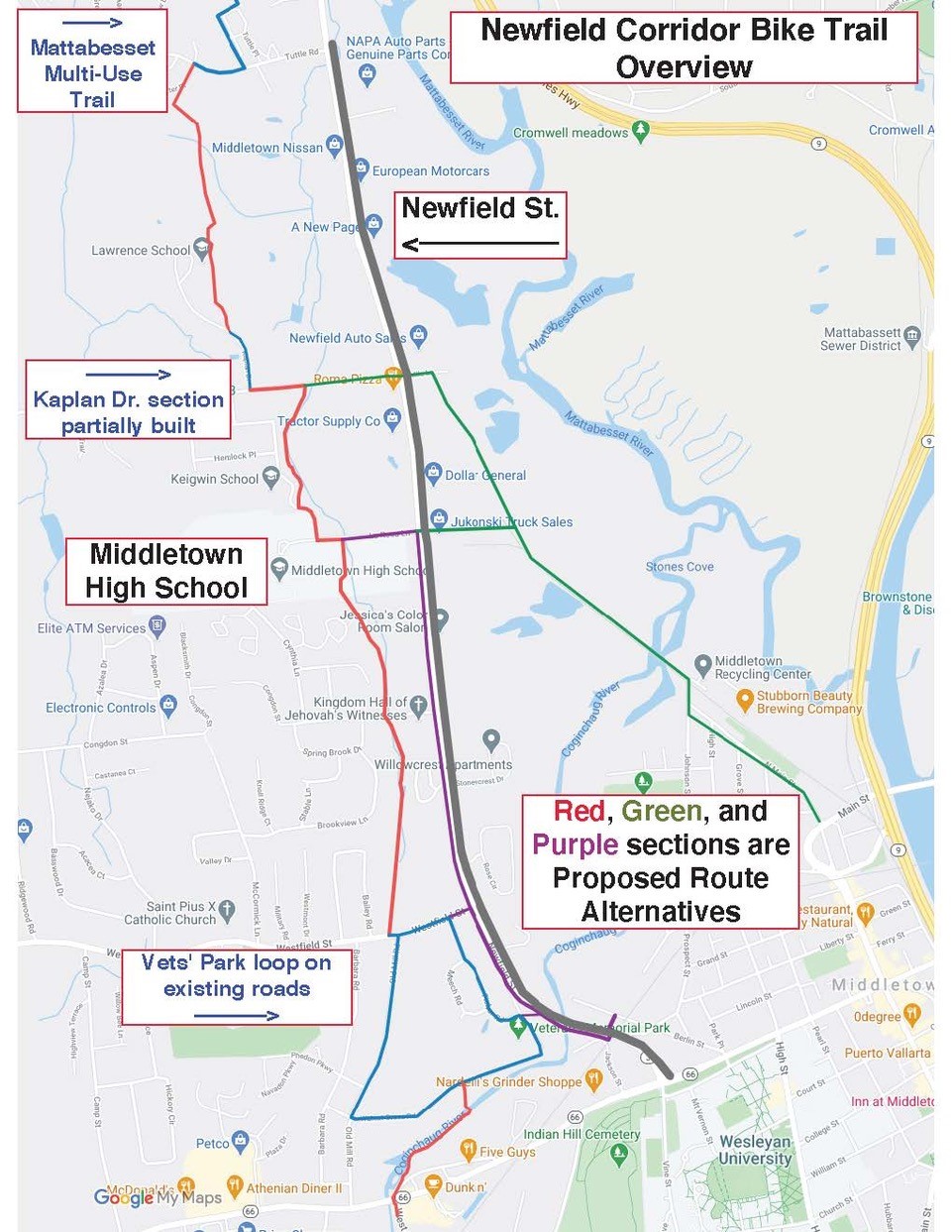 A study to determine the best route for the Newfield Corridor Trail has begun. Design and construction of the trail was funded by the 2015 Parks Bond, and assigned a budget of $4 million. This multi-use bikeway will be an extension of the Mattabesset Bike Trail southward from Tuttle Road to Veterans Park. (To access a Google Map of the Newfield Corridor Trail options that you can zoom in on to see details, click here.)

The first, northernmost segment from Tuttle Road to LaRosa Lane is the most straightforward section, and the Jonah Center recommends that design work begin immediately. This will allow for construction of the 1.2-mile section within the next year or two and provide a safe option for children living in the Westlake area to bicycle to Lawrence School or Middletown High School. Design and construction of this section would cost at least $1 million, and likely a bit more. 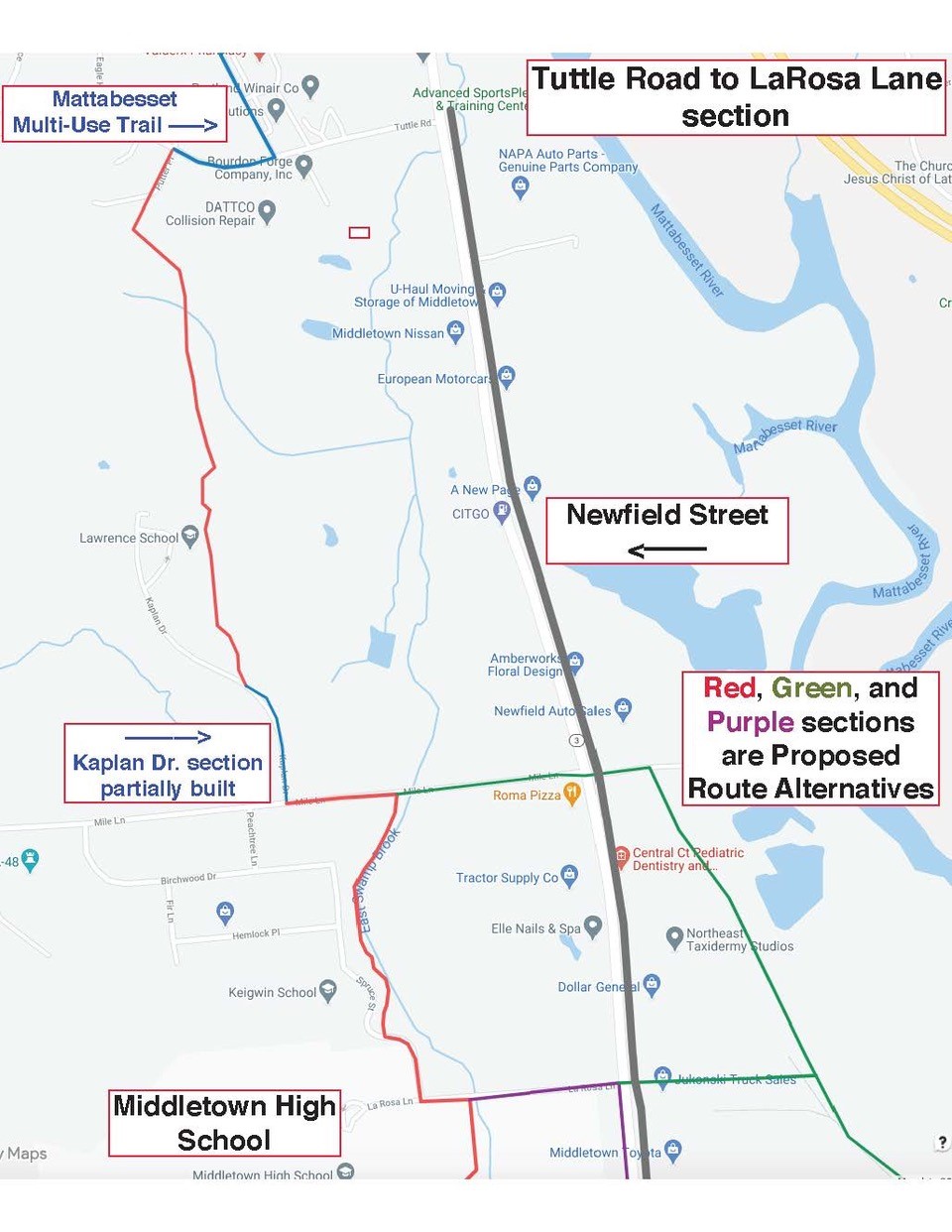 The route from LaRosa Lane to Westfield Street is more complicated. (See map below.) 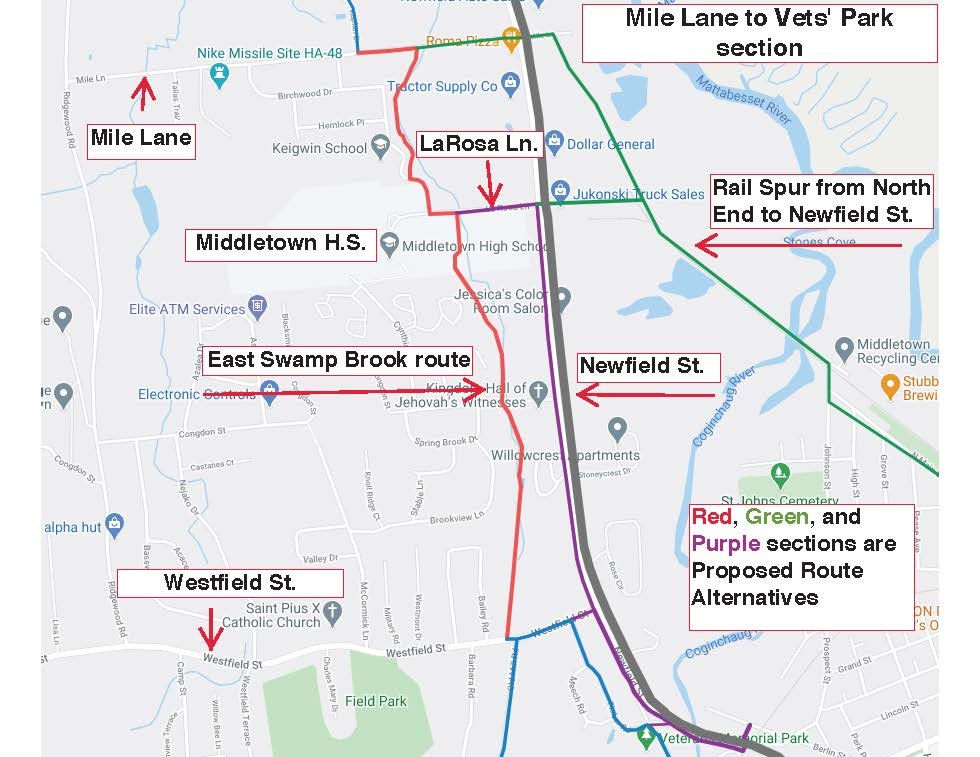 Another option for the LaRosa Lane to Westfield Street segment involves a multi-use trail adjacent to Newfield Street, or buffered bike lanes along Newfield Street. The Jonah Center recommends that Milone and MacBroom study this option, even though such a route would cross numerous intersecting driveways. The fact that the CT DOT has already identified Newfield Street as a state highway in need of safety and access improvement for bicycles may help the City obtain CT DOT assistance along this route.