Thanks to Congressman Joe Courtney, the recent $1.7 Trillion federal spending bill that passed in December 2022 includes a grant of $1.4 million for the Town of East Hampton to complete the 1800-foot gap in the Air Line Trail. The RiverCOG and the Jonah Center worked to support East Hampton in the funding request back in 2020-21. This gap in the trail could not be completed in the 2017-2019 period along with the sections on either end of the gap due to the creek running through the gorge, the presence of utility poles and a power line, and the high cost of construction because a boardwalk will be required. 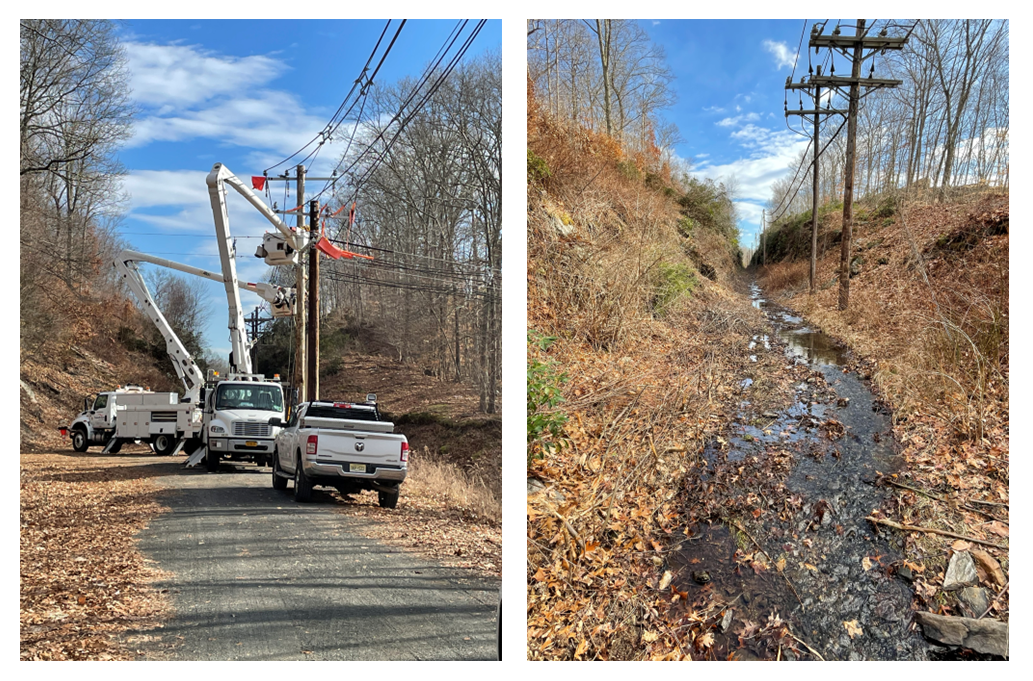 Prior to the grant award, Eversource and the Town of East Hampton agreed to share the cost of re-locating Eversource’s power lines to bypass the gorge, which in turn will allow the poles to be removed. The re-routing work should be completed by the end of January, according to the crew working on the site on January 18, 2023.

The short-term benefit to local trail users will be the ability to hop on the Air Line Trail in Portland and ride all the way to Pomfret in the northeast corner of the state. Portland’s Air Line Trail  Committee is optimistic about finding agreements with private property owners to extend the trail westward from it current terminus near the YMCA Camp Ingersoll to the new Dairy Queen at the intersection of Routes 66 and 17.