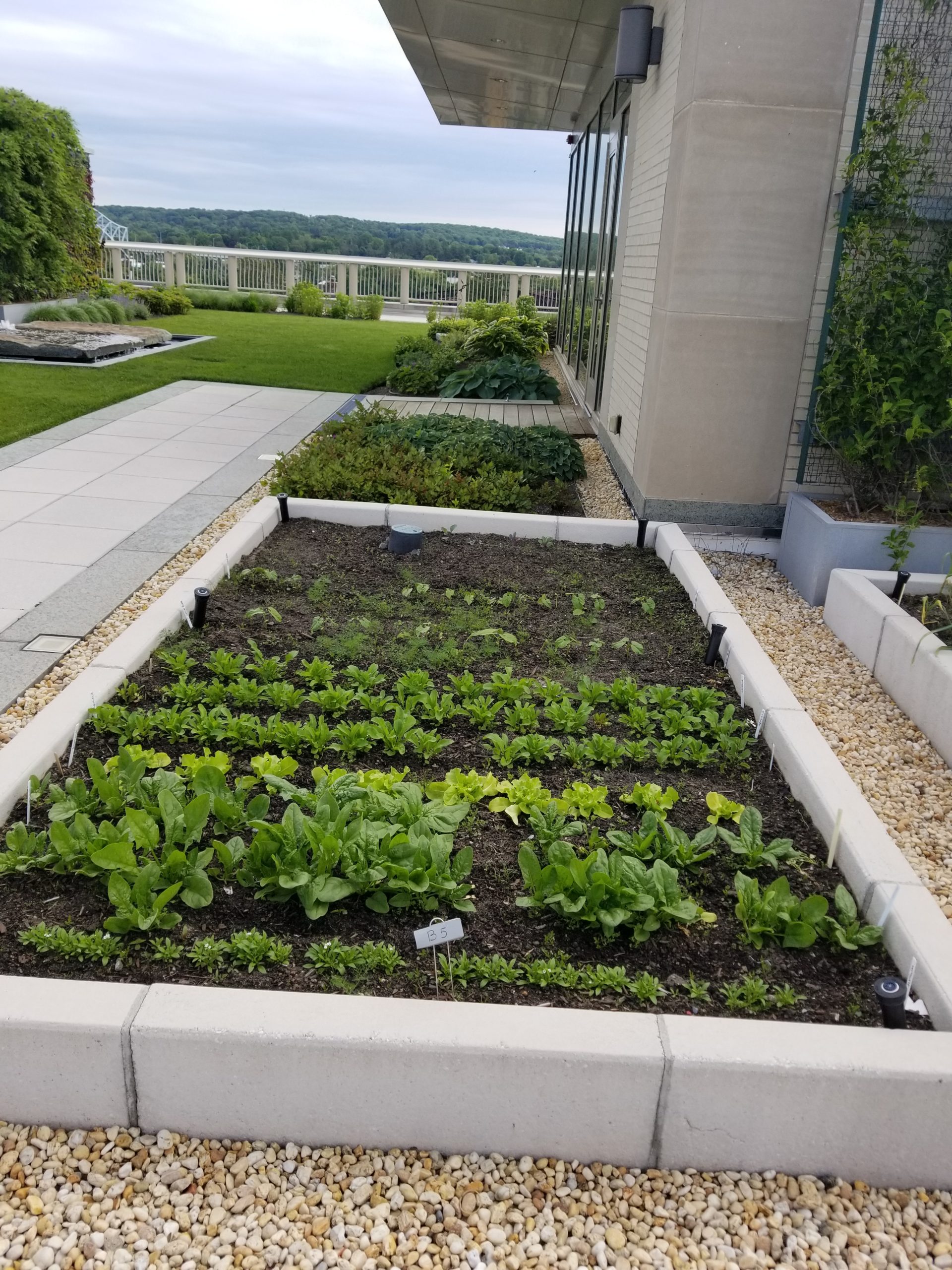 The Middletown Garden Club has begun its eighth season of gardening on the rooftop of the Community Health Center. For the past seven years, our partner has been MARC, but Covid-19 has put that relationship on hold indefinitely. With approximately 500 square feet of irrigated raised beds, the rooftop garden has been highly productive.  The carefully engineered soil and water-recapture system work to make the beds ideal for vegetable and root crops.  Each year, we “open up” the gardens by removing any weeds that may have germinated over the winter, and begin to plan a new lay-out for the crops.  We rotate plant locations to avoid any possibility of disease build-up in beds, especially where tomatoes are grown.

Our typical annual planting includes successive sowings of peas, carrots, lettuce, spinach, chard, and radishes. Crops that require a longer growing season include bush beans, squash, kale, basil, parsley, cabbage, garlic, onions, and okra.  This year, we have kohlrabi plants started by our newest club member, Spencer Cunningham.  The produce from our raised beds is taken home to be thorughly washed, then donated to the Amazing Grace Food Pantry.  Because the garden is productive from May until the end of October, the Garden Club’s members serving on this committee must be a dedicated group: several have served since its inception, and new members are added yearly.

Middletown Garden Club’s President, Patsy Mylchreest, received a donation of dozens of seed packets from the Hart Seed Company. Many of the seeds not used for the rooftop were started by members in small peat pots, and were distributed to school children and their families at a recent event at Snow School.  As Patsy said at the time, “This is such a great example of our club’s mission: we share our love of gardening with the community, while we also learn from our experience and become better gardeners.”  Currently, a core group is assisted by several others who come when they are able.  Besides Patsy, committee members include Patricia Murawski, Mary Xenelis, Judy Schoonmaker, Jennifer Saines, Hetti Motoc, Melissa Roberts, and Jane Harris.

Today (June 2) we harvested our first three pounds of spinach, arugula and radishes!