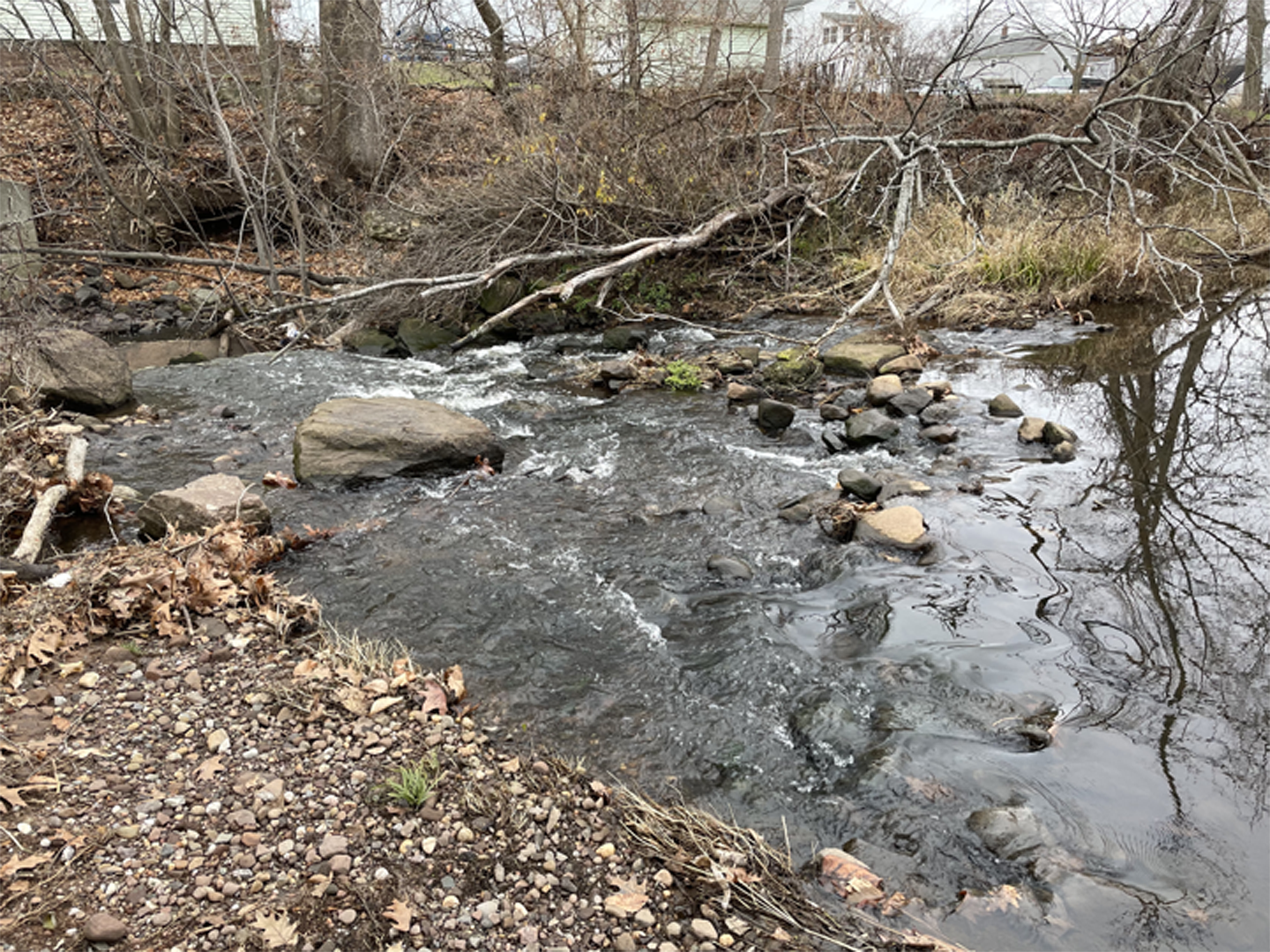 The upper 2-3 feet of the dam has disappeared.

The City of Middletown and staff from the Department of Energy and Environmental Protection (DEEP) met in late December at the Pameacha Pond dam. The purpose of the meeting was, apparently, to discuss progress and next steps toward fulfilling the requirements of the August 2018 consent order regarding the dam.

As background for our readers, in 2008 the department notified the City of needed repairs to the dam. Ten years later, after no repair work had been done, the sanitary sewer pipe that ran through the dam structure broke in June 2018, releasing 150-200 cubic feet per minute of raw sewage into Long Hill Brook for a period of about 36 hours. This disaster led, in August 2018, to the department and the City signing a “consent order” requiring the City to prepare and execute plans to remove the sewage line from the dam structure and to repair or remove the dam, according to a prescribed schedule.

It was a cordial and productive conversation, with the sound of water rushing over the broken down dam just a few feet away. The Mayor acknowledged the importance of resolving the question of whether to repair or remove the dam, and stated that the City has no bias toward either solution, but that the decision should be based on a careful weighing of many factors. Chris Holden described the studies that had been performed on the dam and pond so far. He also pointed out that the work of removing the sewer line from the dam structure and spillway was currently underway on the opposite side of Pameacha Avenue from where the outdoor meeting was taking place. He added that the City has engaged the services of an engineering consulting company to review all the study materials gathered so far and to help the City decide which outcome is best for the community.

DEEP officials pointed out that the original schedule outlined in the 2018 consent order has not been satisfied, but they acknowledged that the pandemic has disrupted many plans. As for fish migration, which is a concern that often motivates dam removal, Matt Goclowski pointed out that the dam spillway and other obstacles would make anadromous fish migration difficult, but the spillway could be modified without great cost to facilitate migration of American eels. (Anadromous fish live in saltwater but return to freshwater to spawn.) DEEP asked the City to provide a revised schedule for steps to be taken in 2023. Continued deterioration of the dam has lowered the water level of Pameacha Pond by 2-3 feet since 2020.

No public hearing has been scheduled, but the City assured us that the public would be informed when the opportunity for community input and municipal decision-making is appropriate. The fact that the meeting took place and the construction work underway to move the sewer line are welcome signs of progress.