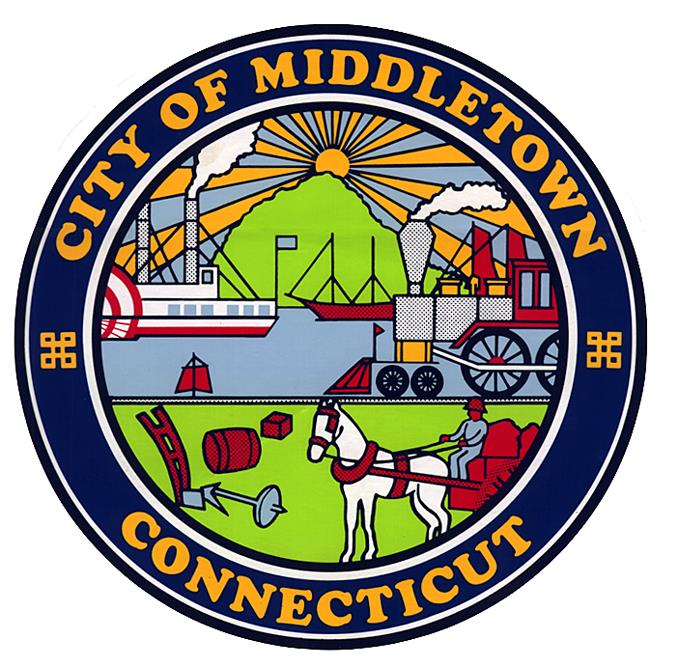 A downtown Middletown clean-up event is being sponsored by Cinder + Salt and Councilman Ed Ford this Saturday, April 17, 10 a.m. to noon. The meeting place is Cinder + Salt at 195 Main Street, near Thai Gardens. Please register here: https://www.eventbrite.com/e/cinder-salt-earth-day-street-clean-up-with-the-city-of-middletown-tickets-141877652879. If you can’t make this event, another is coming up in May.

For Middletown residents, the Recycling Commission is sponsoring its annual Earth Day paper-shredding event on Saturday, April 24 from 9 to 11 at Vets’ Park off Newfield St. Confidential papers only (no junk mail!), and a limit of five boxes or bags per car.

Middletown’s Arbor Day ceremony honoring local legislators and John Hall will take place on April 30 at 2 p.m. in the garden of the Middlesex County Historical Society, 151 Main St. Enter through the gate off Spear Park.

Streets, after all, are by far the largest public spaces. They should not be just for moving motor vehicles, but for active transportation (meaning, by muscle power) and community gathering. When people are walking, they meet, speak, and achieve a sense of belonging.  Here are some exciting news items. END_OF_DOCUMENT_TOKEN_TO_BE_REPLACED

Note: Middletown voters approved the borrowing authorization (voted YES on the ballot question).  Below is the post recommending a YES vote prior to the election. 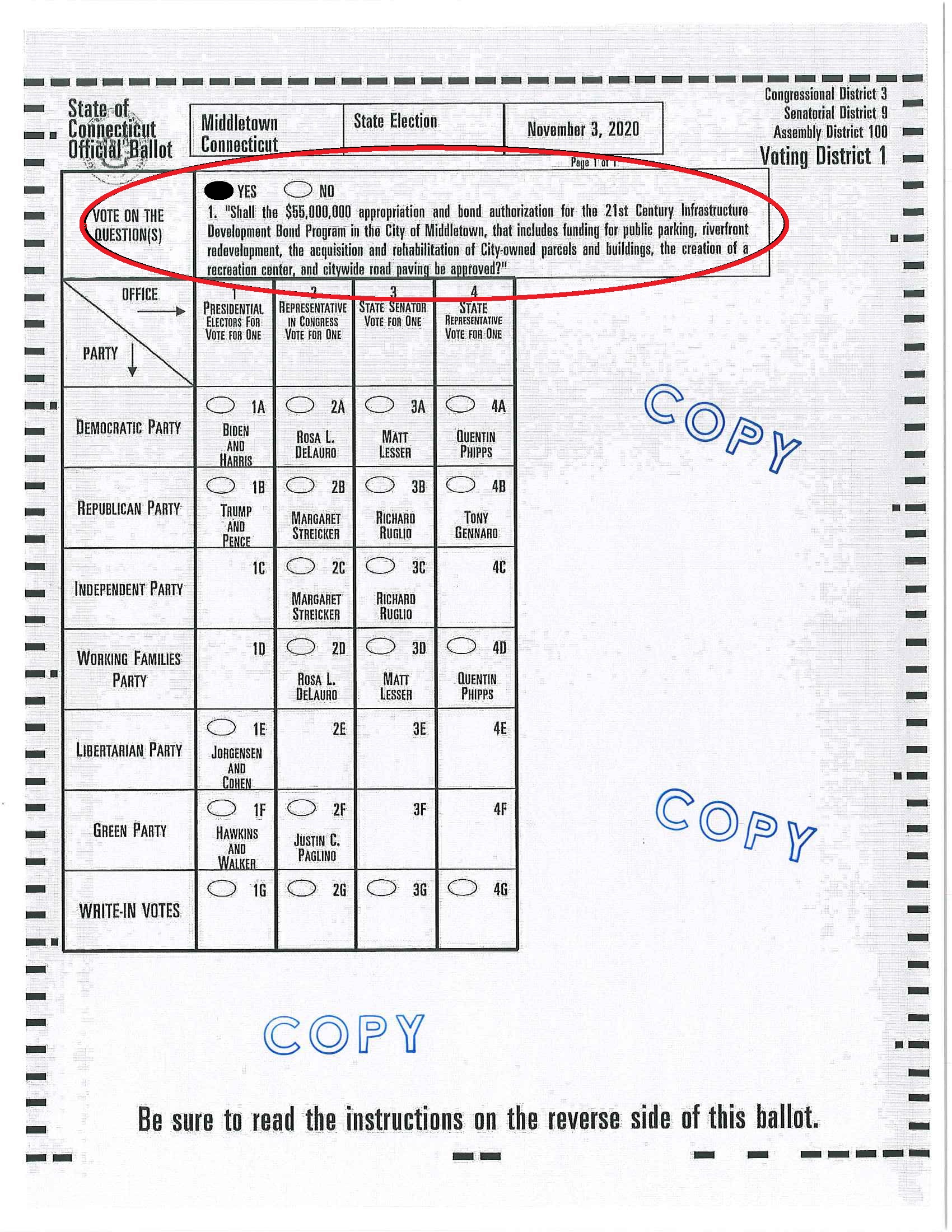 Image of ballot for Middletown District 1. $55 Infrastructure Bond Question at the top of the ballot is circled here in red. Don’t forget to vote on this question.

On Nov. 3, Middletown voters will decide whether to authorize the city to borrow funds for a variety of long- term infrastructure projects. No final decisions on these projects have been made, but the referendum asks voters to authorize the borrowing that will be necessary for them.

The Jonah Center Board of Directors recommends a “yes” vote on the ballot question (see below).

END_OF_DOCUMENT_TOKEN_TO_BE_REPLACED

The Jonah Center recently became aware of the artwork of Steve Cronkite, a longtime Middletown resident and artist. Steve is a semi-retired civil engineer who enjoys biking and paddling in our area.  He and his husband Paul love to grow interesting trees and shrubs in their yard. Steve volunteers as a literacy tutor and is curating a new pinetum at Wickham Park in Manchester. Other paintings by Steve may be viewed on his Instagram page @s.n.cronkite_art . (The pinetum, an aboretum of pines or conifers generally, may be viewed on Instagram @wickham_park_tree_fan.)

The paintings below help us appreciate the special beauty in our own corner of the world. Do you know the scenes or locations featured below?  Answers can be found at the bottom of this post.

Where is this paddler?  What bridge is shown, from which direction? 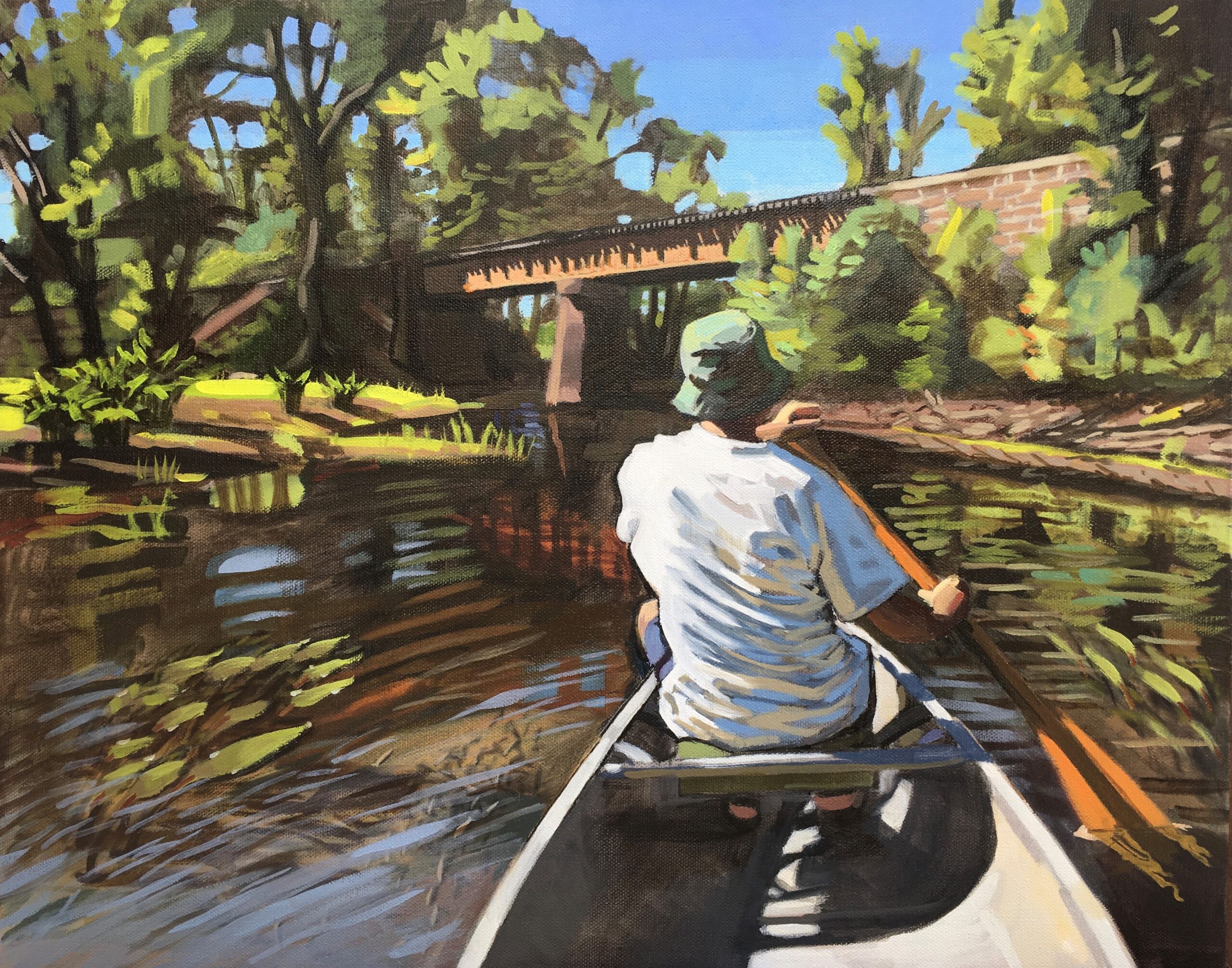 What is the name of this hill, and where was the artist standing? 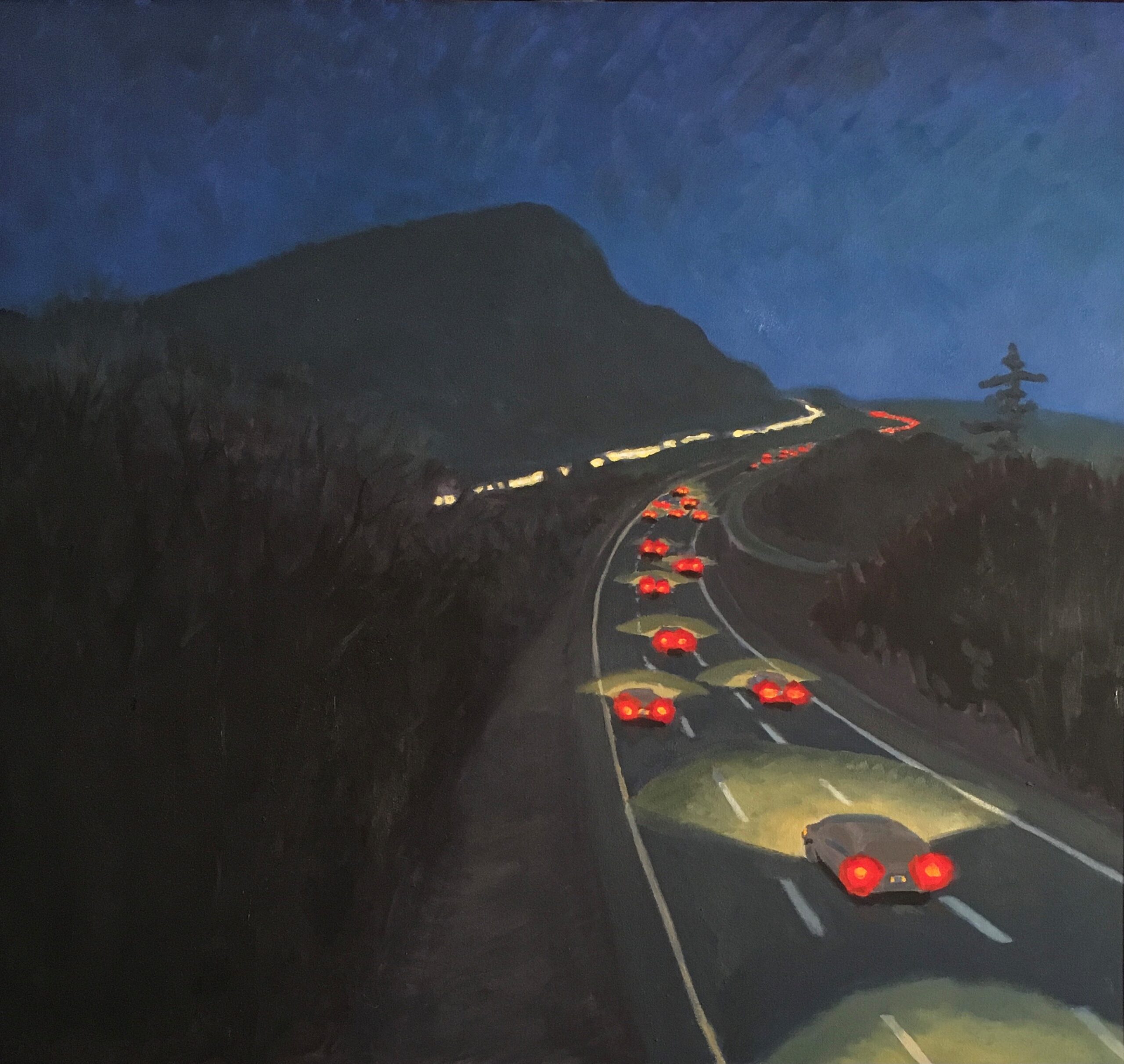 Can you guess what kind of tree this is, and where do these trees grow locally in abundance? 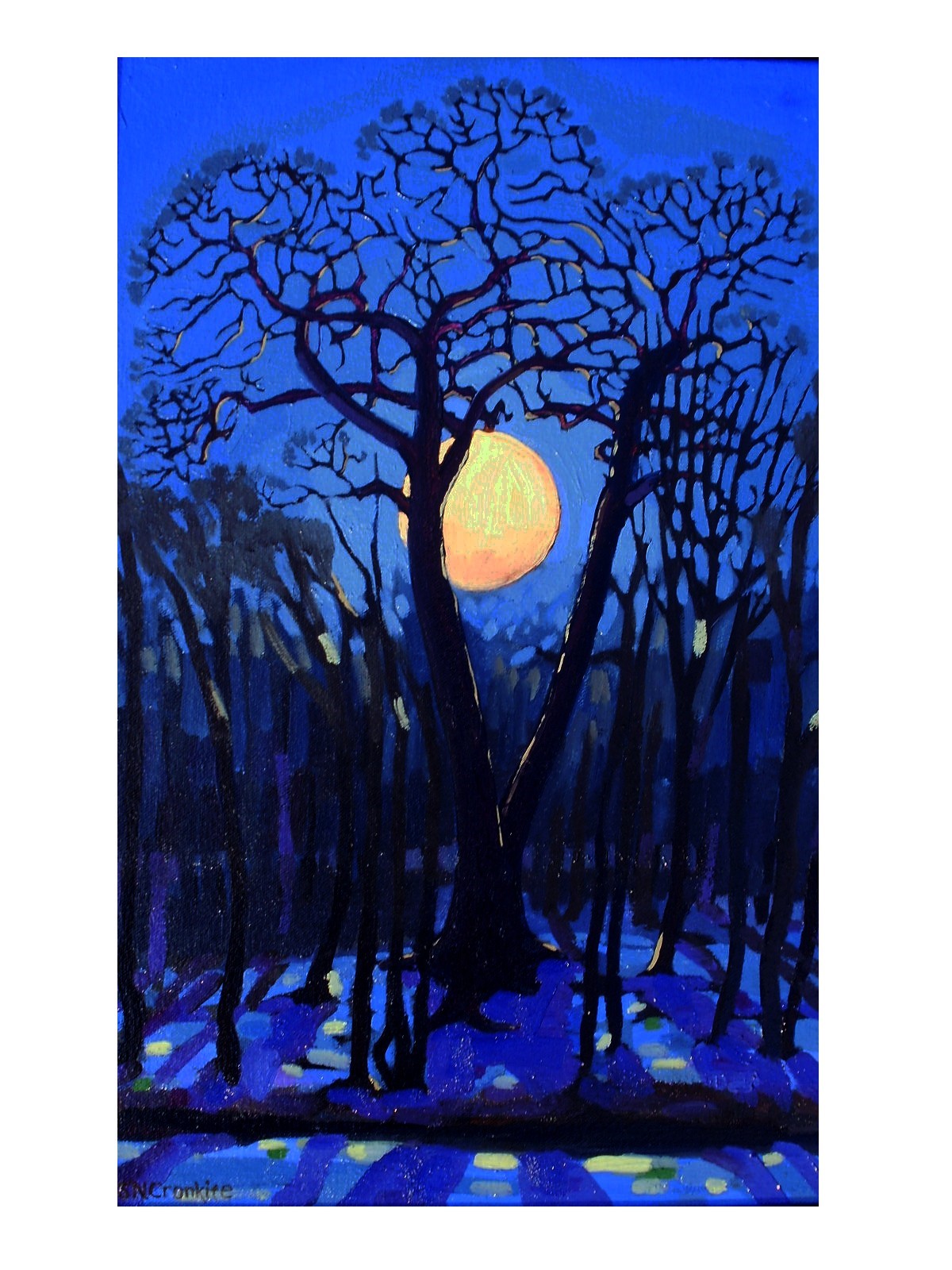 This type of tree is large and  rugged. It thrives in an urban environment, even under harsh conditions. 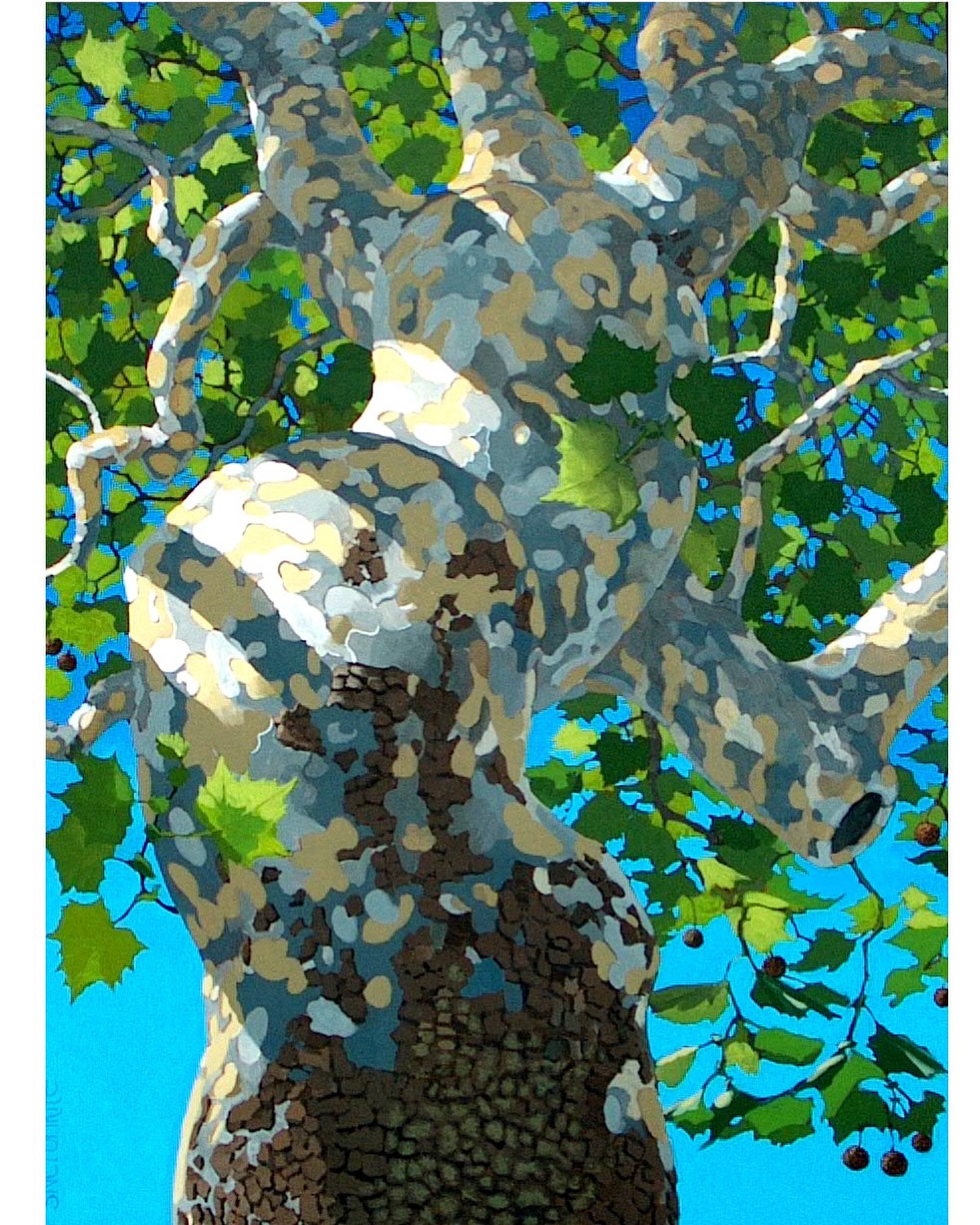 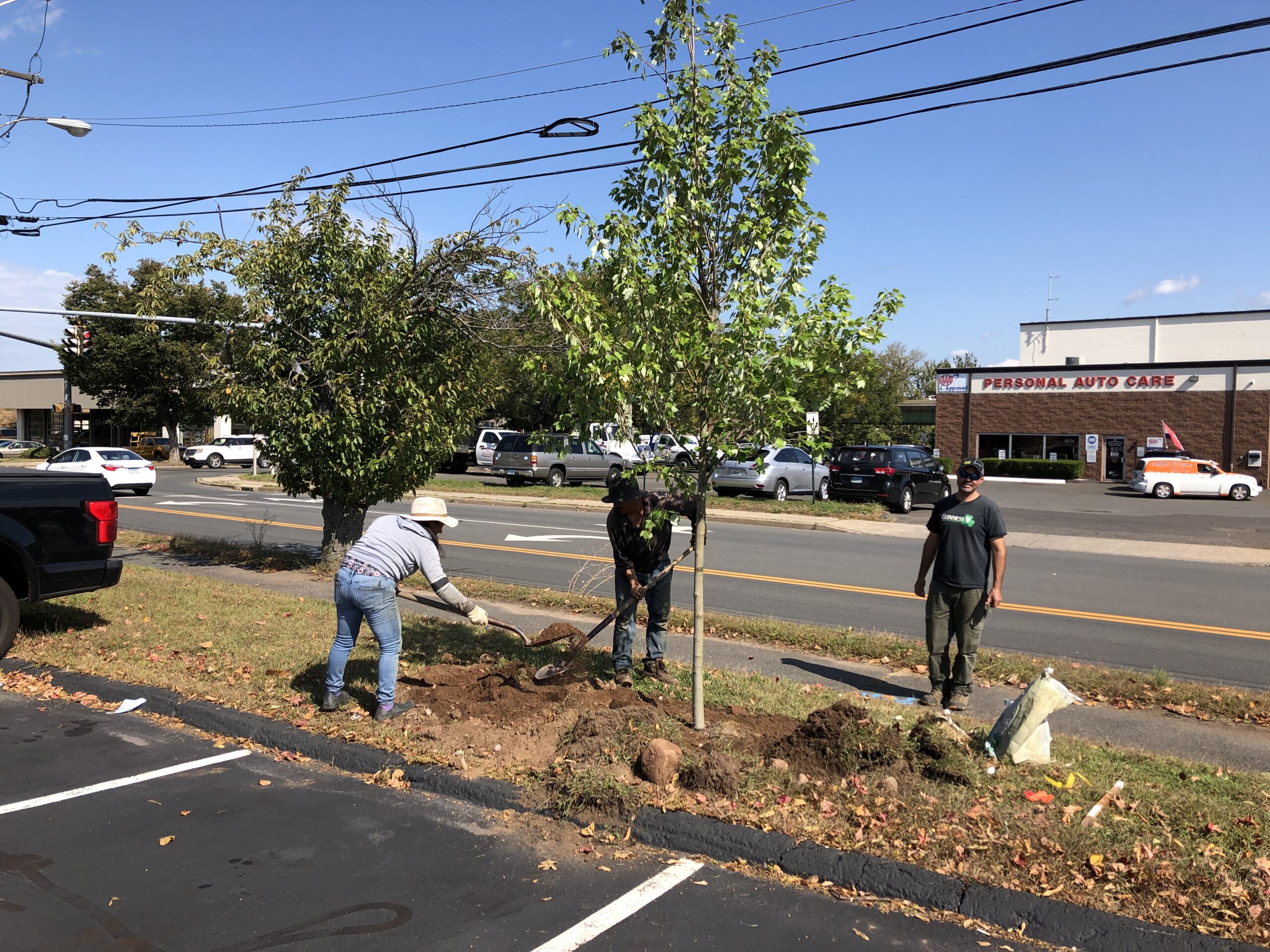 Thanks to the generous donors to our Replace Our Trees Campaign, the Jonah Center is planting 22 street trees around the Middlesex YMCA (red maples, dogwoods, hawthorns and lindens), and along William Street and Church Street, north and south of the Traverse Square apartments (red maples, ginkgoes, and ornamental cherries), where the Middletown Housing Authority is contributing to the cost of the new plantings.

The City of Middletown’s increased tree-planting budget, recommended by the Jonah Center last spring and supported by many who sent emails to city officials, will result in approximately 150 new trees planted by the city, according to Urban Forestry Chairperson Jane Harris, who oversees the new tree-planting operations. END_OF_DOCUMENT_TOKEN_TO_BE_REPLACED 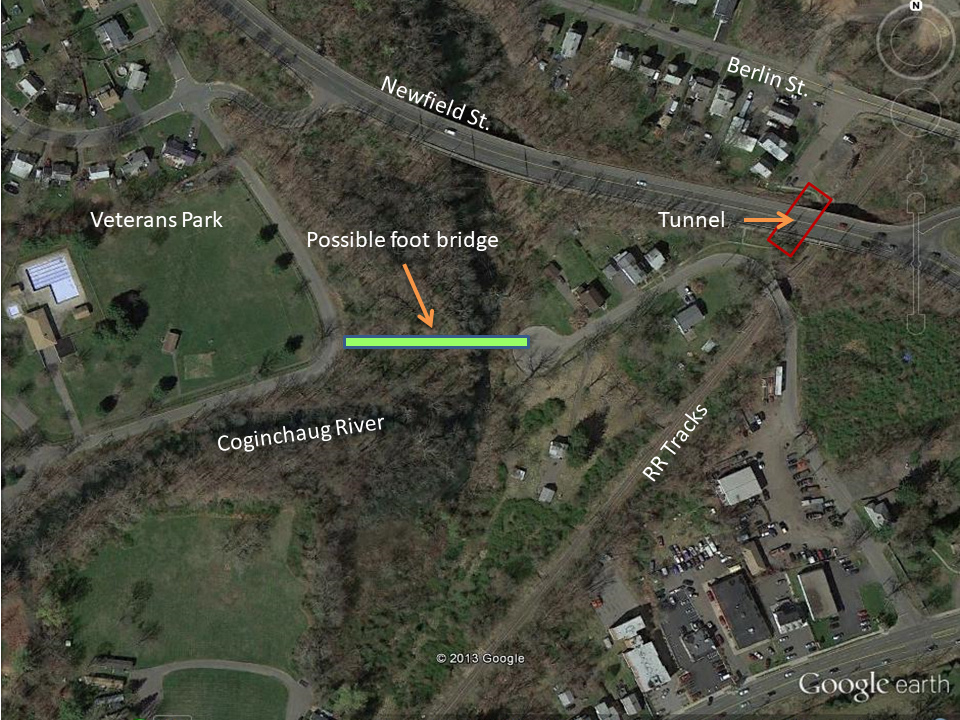 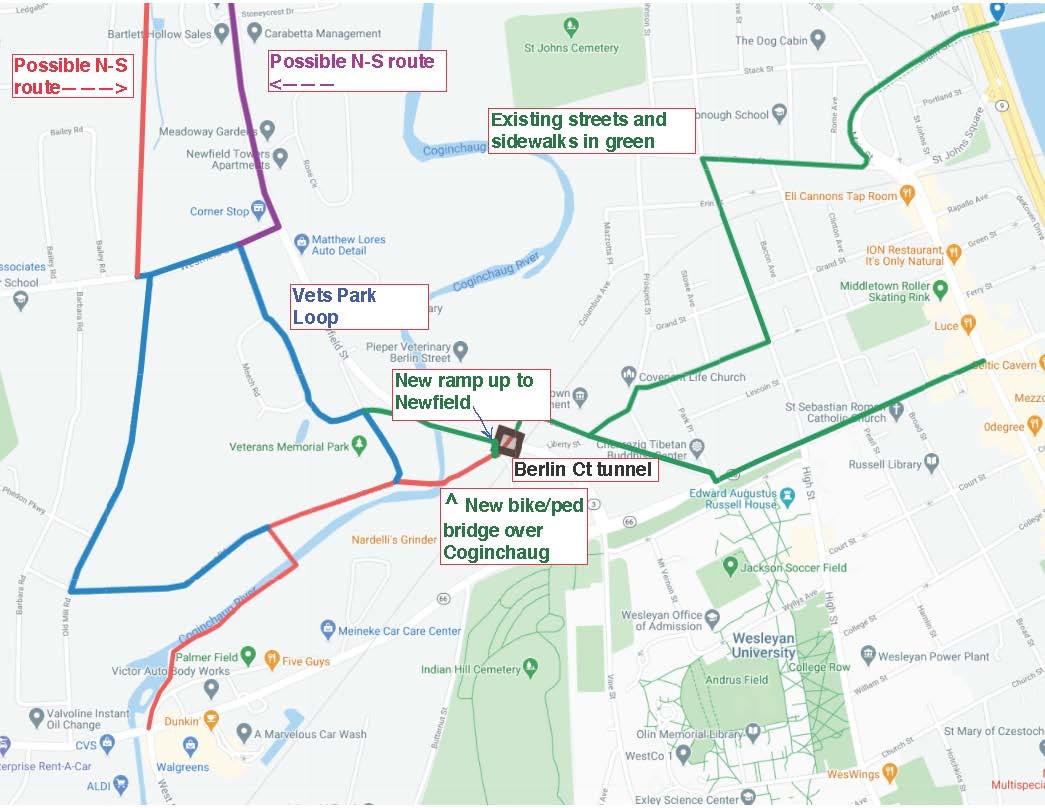 As you may have noticed, our national government has utterly failed to provide leadership in the face of the global climate crisis. Once we get through the Covid-19 pandemic — another area of failed leadership — we will still face this even more threatening, though slower moving, crisis. Regardless of what you hear on the evening news lately, climate change has not been put on pause. What are concerned, climate-conscious citizens to do? In addition to reducing our individual carbon footprints, we need to take political action at the local level. END_OF_DOCUMENT_TOKEN_TO_BE_REPLACED

It is that time in the season when you may have more cucumbers and zucchini then you can eat or put up.  If you find yourself in this situation, consider donating your excess produce to our local food pantries and put it to good use.  Details for Middletown and Portland are below:

Drop off on Wednesdays and Fridays 9 am – 5 pm

Bring produce around back

Bring produce to Food Bank, door at the bottom of ramp. Please wear a mask.

For the past 4 years, the Jonah Center has organized work parties of 20-30 paddlers each to remove invasive water chestnut (trapa natans) from the Floating Meadows, the 1000 acre freshwater tidal marshland formed by the Mattabesset and  Coginchaug Rivers.

The map above indicates the primary location of plants in the previous few years. This year, plants are visible upstream from this area, where the “Mattabesset River” label is seen, and still father upstream from there, where the river turns sharply to the right at the top of the map. These are the areas of primary focus.

Due to the pandemic, the Jonah Center has not organized large work parties. We have encouraged  paddlers to go out solo or in small family groups.  Bring a large plastic bag, gently pull up plants by the roots, place them in the bag, and deposit the plants near the informational kiosk in the boat launch parking area.

If you are able to pull more plants than you can carry, please place them on one of the floating drying rafts anchored in the area. The plants will drain, dry out in the sun, lose most of their weight and volume, and become easier for others to bring back to the launch site by motor boat.  We will ask the Public Works Department to dispose of them when plants have accumulated.  Please contact us if you have gone out to remove plants and let us know what you have found in terms of location and number of plants.  We will all do the best that we can.

This plant drying raft was designed and constructed by Jonah volunteer Mike Thomas.